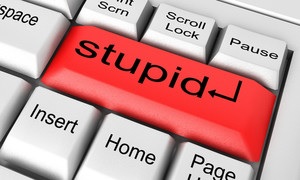 So, there’s word—a tiny two-letter word—that has been annoying me for some time now.

So I have been considering writing (whining) about it.

So, when several friends expressed similar irritation with hearing it ad nauseam, that spurred me to get it done.

It seems there are hundreds, thousands, millions of speakers of North American English who can no longer start a sentence or other statement with any word that isn’t “so.” If your ears are like mine, they hear it all the time. All the time. Now, “so” is a useful word and has an important place in our language when used properly, usually to indicate a result: They said it, and said it, and kept saying it, and would not stop saying it, so I got annoyed.

But “so” has taken its place with other overcooked, overused, worn-out words and phrases and sounds such as “I mean,” “y’know,” “like,” and the ever-popular “um” that have insinuated themselves into our speech to the point that they are thrown about willy-nilly, automatically, without thought, and, I suspect, without the speaker even knowing it. Or, if they do know, without care.

So, what do we do? Perhaps we should arm ourselves with little bells or whistles and give a ding or toot whenever we hear it. I doubt all the racket raised would be any more annoying than its cause.

So, what do you think?

Posted by writer Rod Miller at 7:23 AM