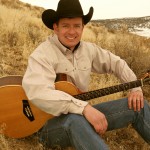 Writing a song is an odd accomplishment for someone who couldn’t carry a tune with a packsaddle.
Still and all, lacking good sense, some time ago I thought to try it—and award-winning singer and songwriter Brenn Hill came to the rescue and made it reality.
I have long been obsessed with the Bear River Massacre. Events of that tragic day in 1863 have found their way into my poems, short stories, and an entire nonfiction book. Despite ignorance of the ways and means of music, being the curious sort I wondered if I could write a song about it.

The jumble of words that resulted seemed to have possibilities so I inflicted it on the good graces of my friend Brenn, without any real expectation that anything would result. Lo and behold, a few days later he sent me an audio file labeled “And the River Ran Red”—the title I had given the piece. Brenn re-engineered some of the words to meet the demands of lyrical structure and set it to a beautiful tune as haunting as the massacre itself. 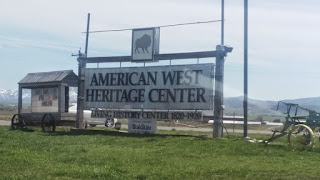 On February 10 and 11 (2017, of course), Brenn is headlining Valentine’s Day weekend concerts at the American West Heritage Center in Utah’s Cache Valley—between Wellsville and Logan, and some 36 miles south of the Bear River Massacre site. And, he tells me, the audience will experience the first performance of “And the River Ran Red” as part of the concert.
I can’t wait. Join us.

Posted by writer Rod Miller at 10:24 AM No comments:

Cormac McCarthy is, to say the least, a divisive author. I know many readers (and writers) who, like me, admire his books. And I know many equally capable readers and writers who do not like him, for a variety of reasons.
McCarthy has little respect for the conventions of punctuation. He’s big on ambiguity. He often circles around a scene and sneaks up on you rather than confronting you head-on. He is not easy.
But, to quote Kurt Vonnegut, another author I admire, “So it goes.”
Blood Meridian, Or, The Evening Redness in the West, is among my favorite books and my favorite by McCarthy. Professor, author, and literary critic Harold Bloom calls it “the ultimate Western, not to be surpassed.” This, despite the fact that he was so overwhelmed by the book’s violence he set it aside twice before finally finishing it.
And there’s no question it is a violent book. It’s based on history—the exploits of a band of murderous scalp hunters operating in the American Southwest and northern Mexico.
Whether it’s violence or just about anything else he’s writing about, McCarthy has a way of saying things that’s unsurpassed. His descriptions are so spare, yet vivid, they surprise you—forcing me, at least, to re-read passages for their beautiful language.
Bloom also has this to say about Blood Meridian: “The book’s magnificence—its language, landscape, persons, conceptions—at last transcends the violence, and converts goriness into terrifying art, an art comparable to Melville’s and to Faulkner’s.”
Not bad comparisons for a Western novel.