Author Michael Zimmer is a good friend of mine. We get together for low-rent Mexican food every month or so and talk about books and writing. His knowledge of the Old West is encyclopedic, and he researches his books to provide rich detail. Yet he weaves those details seamlessly into compelling stories so you’re not even aware how much you’re learning as you race through the pages.
As you can tell, I am a big admirer of Michael’s writing. And more than a little bit jealous. You won’t go wrong with any of his novels. Here is my take on his latest.
The Poacher’s Daughter is not your ordinary Western. The hero is reluctant to engage in gunplay, is victorious through happenstance more often than shooting skill, and is tortured by the resulting deaths even if justified.
On top of that, the hero is a woman.
“Rose of Yellowstone” is a masterfully crafted character, struggling with her lot in life and her emotions even as she fends off hired guns determined to see to her demise. Zimmer, as usual, balances the gritty details of daily life with adventure and action, resulting in a realistic and enjoyable read that could have happened, even if it didn’t.

The “American Legends Collection” is a fictional series based on a supposedly lost and recently recovered WPA-era folklore project. The books are organized as first-person oral history accounts interspersed with explanatory material gleaned from other sources, also fictional but often historical. Rio Tinto is my friend Michael Zimmer’s second novel in the series, following City of Rocks and preceding Leaving Yuma.
Throughout the book, Wil Chama relates his involvement in a bloody conflict over salt deposits near the Rio Grande in Texas in 1880. There are overtones of racism, greed, and lust for power. Although he tries to leave his reputation as a gunman behind and his haunted past is the reason he is in the town of Rio Tinto, like a candle burning at both ends he finds himself involved in both sides of the conflict. Gunfights, hangings, and dynamite explosions all play a part in the war, so the book offers plenty of page-turning action. But it is Chama’s psychological struggles that give the book its power.
As is always the case with Zimmer’s novels, careful research provides an education for the reader. But the information is woven seamlessly into the narrative, which makes the learning enjoyable.

Posted by writer Rod Miller at 7:13 AM 3 comments: 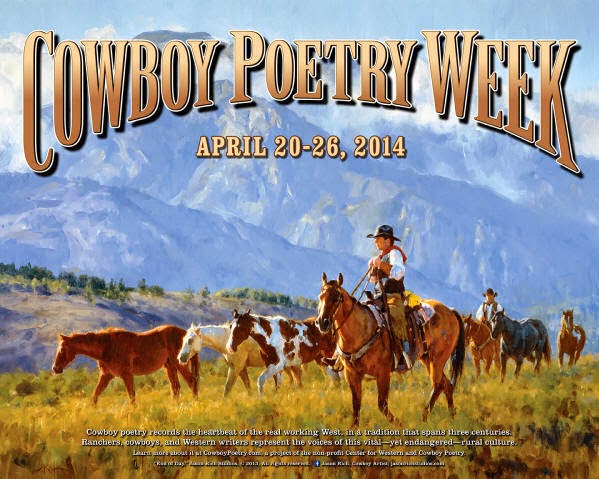 Posted by writer Rod Miller at 5:43 AM 4 comments: 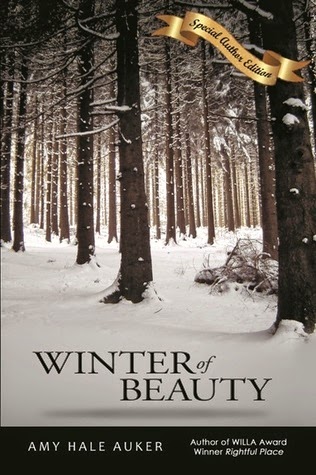 We already know Amy Hale Auker can write, based on her award-winning memoir Rightful Place.
But can she write fiction? Can she create convincing characters out of empty paper and weave invented threads into a convincing story? She answers those questions in the affirmative in Winter of Beauty.
The book is set on a sprawling ranch and features a varied cast ranging from the owner and her unsure future, her manager and his fatigued marriage, a young cowboy troubled by his late father’s mysterious past, the sick old cowboy who raised him, a wannabe cowboy singer whose growing family stands between him and his dreams, and other well-made characters who grind along day to day to save the ranch and a way of life.
The story reaches its climax with the arrival of a baby named Beauty, who brings hope and renewed energy along with unexpected complications. Watching over it all is The Bride, a looming mountain where changing seasons and circumstances and the comings and goings of cattle and humans are of little lasting consequence.

Posted by writer Rod Miller at 9:04 AM 6 comments: 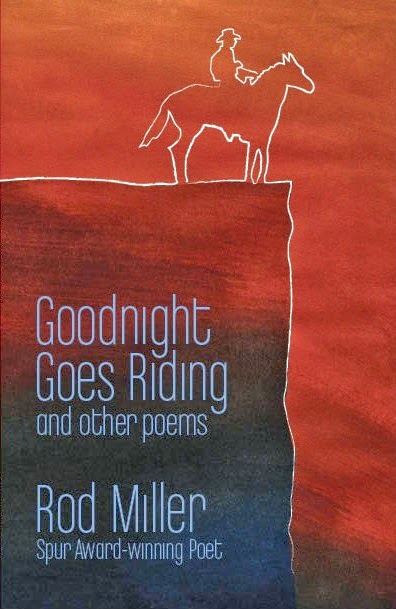 My latest book, Rawhide Robinson Rides the Range, is out there and finding its ways into a lot of libraries. I hope readers are finding (and buying) it as well. It’s a novel set on a trail drive, but is really a collection of Old West tall tales told by the title character.
What’s next?
Pen-L Publishing is in the process of putting together a book of my poetry—Goodnight Goes Riding and Other Poems. It’s scheduled for release in July. The cover (above) looks pretty good to me.
I am also at work on a history book for Globe Pequot Press/Two Dot Books. The title for that one is The Lost Frontier: Momentous Moments in the Old West You May Not Have Heard Of. Each chapter recounts an important, but obscure, incident in the history of the American West. The manuscript is due late summer, and, if all goes well, it will be released in 2015.
Ranch & Reata has a few of my articles in the hopper for future issues—one on trick rider and cutting horse champion Paige Hadlock, one about Western author Johnny D. Boggs, and one on rodeo champion and sports psychologist Nora Hunt-Lee. In the works is a story about singer-songwriter Jessie Veeder.
Range magazine also has an article I wrote on young adults who’ve come back to the ranch, inspired by a panel discussion at the National Cowboy Poetry Gathering in Elko.
I'm trying to stay busy—which isn’t always easy when laziness is your natural state.

Posted by writer Rod Miller at 7:51 AM 4 comments:

Speaking to the Back Country Horsemen of Utah 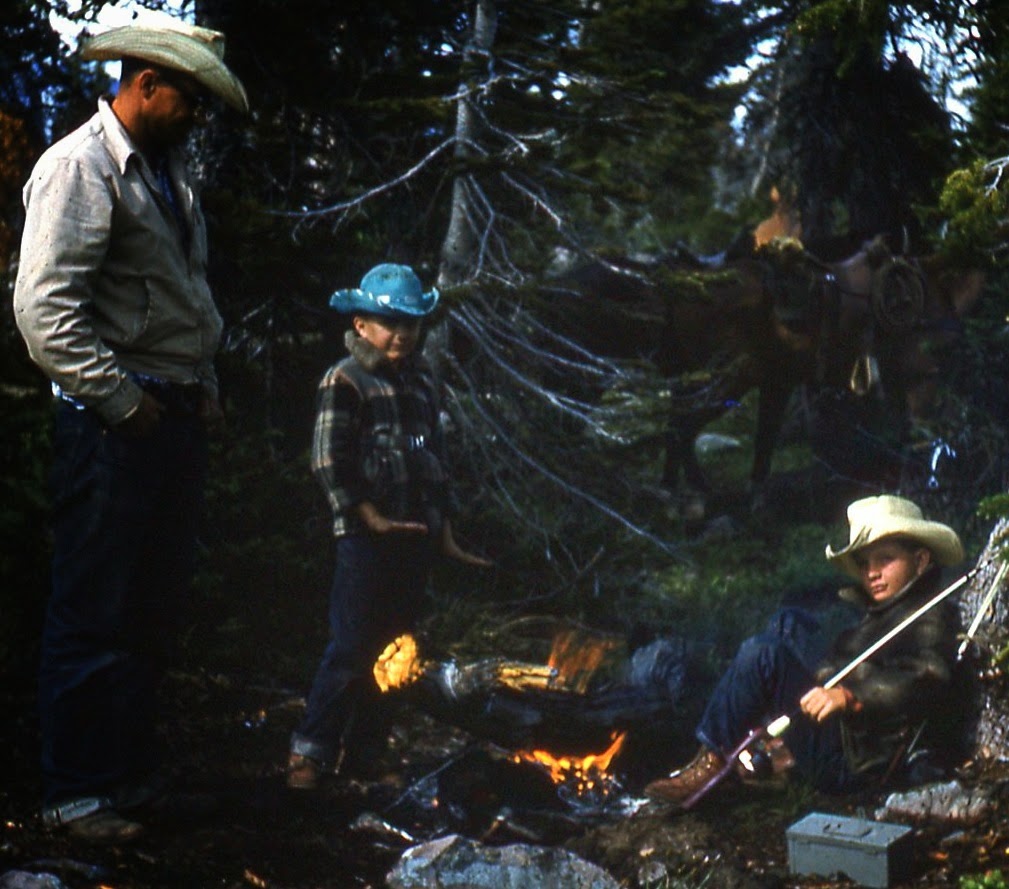 On April 10, I have been invited to speak to the Mountain Ridge Chapter of the Back Country Horsemen of Utah. It should be a good time and I am looking forward to it. One thing’s for certain—everyone in attendance will be a better hand with a horse than I ever was. With that in mind, here’s the biographical information I submitted to the group for publicity purposes:

Horses never much liked Rod Miller. They’ve bucked him off, ran away with him, tipped over backwards on him, kicked him, bit him, stepped on his toes, and otherwise abused him. As a young man he was attracted to rodeo because, he says, “At least you know the horse is going to try to dump you—it takes the surprise out of it.”
Despite the fact that horses don’t cotton to him, Rod grew up with the animals a daily presence. He fed them, made sure the water trough was full, and rode them regularly. He broke and trained a few with a lot of loud (and often exasperated) advice from his cowboy dad. He gathered cattle out of mountain allotments, moved cattle from pasture to pasture, rode fence, rode drag on a two-day cattle drive behind a big herd, wallowed around in the branding pen every spring, and through it all managed to get along with his horses, mostly.
Arena events started early, as he and his brother and dad were members of Goshen Valley Riding Club. With that group, he also clip-clopped along the streets in a number of small-town parades as his horse fouled the pavement. In high school he took up bareback bronc riding, and rode three seasons for the Utah State University Intercollegiate Rodeo Team.
Nowadays, Rod’s experience with horses is mostly on paper, as he includes them in many, if not most, of his poems, magazine articles, short stories, novels, and nonfiction books. And while he often writes about getting bucked off and otherwise mistreated by equines, writing about it doesn’t hurt as much as the real thing.

(About the photo: When I was 10 years old, we took a back country horseback trip into the high Uintah Mountains. This shows my dad and brother and me—I’m the one in the stylish blue hat.)
Posted by writer Rod Miller at 7:30 PM 6 comments: