Now and then I hear a word bandied about that makes no sense to me. Most of the time, it is spouted by highbrow academic types—say, some anthropologists, ethnologists, archeologists, museum curators and, sometimes, historians—and it always strikes me as uppity.
The word: peoples.
Why does anyone, ever, need to add a plural-forming “s” to a word that’s already plural? (I opened a dictionary and it defined “people” as “plural: human beings making up a group or assembly or linked by a common interest.”) You can’t have a single people—that would be a “person.” By its very existence, the word “people” means more than one.
Is it possible to make a plural even more plural by adding an “s”? I don’t think so. It makes no sense to say womens or mens or childrens. Why not add more plurality to, say, chickens by adding an “s” and making it chickenss? Or, if you mean more horses than just horses, say horsess? And, of course, if you don’t find the word cattle to be plural enough to suit your fancy, make it cattles.
I don’t know about you, but I see no need for a grandiose, ostentatious word like peoples. But I did find a dictionary that defined “peoples” as the “Third-person singular simple present indicative form of people.”
Huh?
I rest my case. 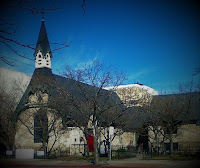 March 15, 1974. Ogden, Utah. Church of the Good Shepherd. Getting married for the first and (almost) last time. 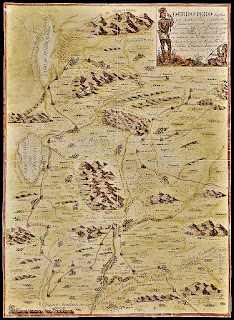 The name “Escalante” graces many places on the map of Utah. There’s a town, a basin, a canyon, a desert, a mountain, a natural bridge, a river, a state park, and—in partnership with Grand Staircase—a national monument. Maybe more.
If you’re unfamiliar with the history of my home state you may wonder why this is. And there are some of us familiar with that history who also wonder why.
Our story begins in 1776, when folks Back East were quibbling with Great Britain. Out here in New Spain, later to be part of Mexico, and later still becoming much of the western United States, the Spaniards had already established missions and settlements, and were exploring trade routes and sites for other missions.
Enter Fray Francisco Silvestre Vélez de Escalante. Or, as we in Utah’s schools call him, Father Escalante. The good Father was with an expedition seeking a route from Santa Fe to Monterey. Their path brought them into what is now Utah—through the Unita Basin and the Wasatch Mountains and Utah Valley, then deep into the southern part of our state.
The way Escalante’s name got plastered all over the place, you’d think he was in charge of the whole thing. But that’s where history (the popular notion of history, that is) gets it wrong.
In truth, Escalante, who kept the diary of the expedition, and Bernardo de Miera y Pacheco, the mapmaker (see his handiwork above), and the handful of other men in the party were under the command of Fray Francisco Atanasio Domínguez.
Domínguez organized the journey. Domínguez led the way. Domínguez determined the route. Domínguez gave the orders. Domínguez made the tough decisions.
His name does not appear on any prominent place or landmark on the maps of Utah.

Posted by writer Rod Miller at 9:38 AM 2 comments: