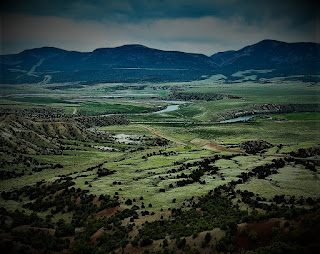 Way out in the far northeastern corners of Utah and northwestern Colorado, just south of the Wyoming border, a lonely valley stretches along the Green River: Brown’s Park, or Brown’s Hole if you prefer. Nowadays, it is a far piece from anywhere and not all that easy to get to. But it was a well-traveled place in the Old West.
For time out of mind, it was frequented by the Shoshoni, Ute, and Comanche. Blackfoot, Arapaho, Cheyenne, Lakota, and Navajo also visited. Fur trappers set up shop there in the 1830s, and Fort Davy Crockett opened up to supply and defend them in 1837. Ranchers followed the mountain men, wintering cattle there as well as establishing ranches.
One of those ranches spawned Ann and Josie Bassett, who collaborated with cattle rustlers, horse thieves, robbers, and other bandits who made Brown’s Hole an outpost on the Outlaw Trail that ran from Robber’s Roost to the south and Hole in the Wall to the north. Among the most renowned outlaws who hid out there were Butch Cassidy and his Wild Bunch and, later, the fugitive Tom Horn.
Despite an enduring desire to go there, I have yet to set foot in Brown’s Park. One of these days…

Posted by writer Rod Miller at 7:35 AM 8 comments:

Rawhide Robinson gets a re-ride. 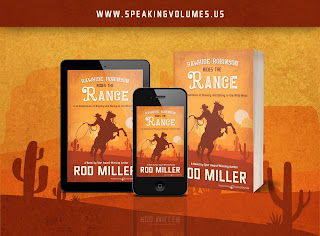 The Bird has flown. 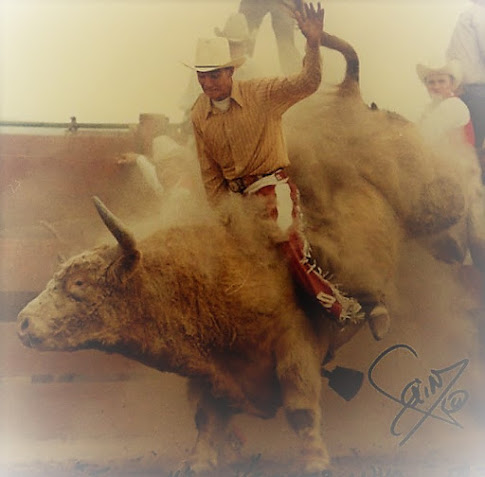 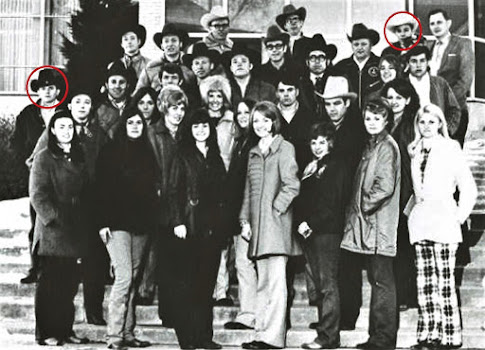 Back in our college days when all the rodeo bums who lived at or hung around the Rounder House were known by nicknames more than names, Marlowe Carroll was Bird, or the Bird Man, a moniker earned by long, skinny legs.
More than anyone else I can think of, Bird was influential in my rodeo years. When I arrived at USU he ran the Rodeo Club and was the star of the Intercollegiate Rodeo Team, winning a bunch in both bareback and bull riding. He made sure I was involved in the club, and encouraged and supported and assisted my efforts as I earned a place on the team, eight seconds at a time. We spent a lot of time together, much of it involved in activities best unmentioned—but those days resulted in a lifetime’s worth of memories.
A series of brain aneurisms and strokes while still a young man ended Marlowe’s rodeo career and landed him in a wheelchair, his agile mind betrayed by a mostly unresponsive body. Still, he lived for decades and never lost his sense of humor or happy outlook on life.
Marlowe—Bird—left this life in late December, and made the whistle with the same grit and try that you see on his face in the photo of him aboard the infamous bucking bull Fuzzy 4.
(The other fuzzy photo shows the USU Rodeo Club in 1971. That’s Marlowe in the upper right; yours truly is there on the left.)

WOMB TO TOMB
for Marlowe

Two hearts. One beats steady
and strong. The other races by.
Confinement presses knee
against rib, back to thigh.

Tucked, then, into the coffin of
a body cold and unresponsive;
rolling through years gathering
dust as memories weave

tapestries of Rounders and rodeo,
broncs and bulls—of life before
a hemorrhagic stroke of bad luck
drew you out to ride no more.