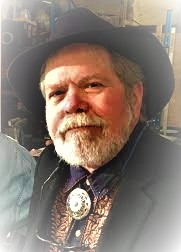 Not long ago, I was traveling far from home. Being away somewhat isolates you from what’s going on back home—but not altogether.

While away, we heard the tragic news of the death of Will Bagley. I counted Will among my friends, respected his research and writing, admired his wide-ranging intellect, marveled at the reaches of his memory, and listened to his infectious laughter. I will miss all that, and more.

Will had no reason to befriend me. He did not need to answer my questions, correct my misconceptions, or share his knowledge with me, whether in conversation or in the many writings—his own and those of others—he shared with me.

There will never be another historian like Will Bagley. Few will ever approach his many accomplishments. And no one will do so with his curmudgeonly good humor.

I will miss Will. Thank goodness I have a long line of his books on my shelves, and will hear his voice again whenever I open one of them.

Posted by writer Rod Miller at 8:22 AM 2 comments: 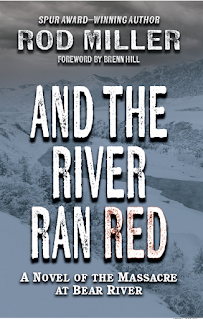 January 29, 1863, is one of the darkest days in the history of the American West. That morning, United States Army troops slaughtered some 250 to 350 Shoshoni men, women, and children on the banks of the Bear River in what is now southeastern Idaho. No other encounter between the army and Indian tribes in the West approaches that massacre in terms of Indian blood spilled, brutal savagery, or body count.

Just released from Five Star Publishing is my latest book, And the River Ran Red—A Novel of the Massacre at Bear River.

Earlier, I wrote a nonfiction book about this tragic event, Massacre at Bear River: First, Worst, Forgotten. I have also written about it for magazines, short stories, in poems, and, with Western singer and songwriter Brenn Hill, song lyrics.

This short novel—as with the fictional stories, poetry, and song—allowed me to build upon the known facts and consider the thoughts, feelings, and words of those involved in all facets of the massacre. So, while the novel is fiction, it presents truths of a different kind as it both hews closely to the facts and expands upon the emotional color of the times.

I hope many will read And the River Ran Red for the sole reason that it may help spread knowledge of, and horror about, what may well be the greatest of all tragedies in the history of the American West, as well as an appreciation for the people of the Northwestern Band of the Shoshone Nation who press on with determination and triumph still today.

Posted by writer Rod Miller at 9:38 AM 3 comments: 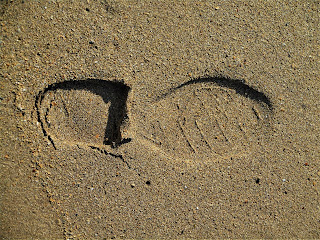 For the past couple of weeks, I have been traveling. I will not bore you with the hundreds of vacation photos I took except the one above.

That’s my bootprint in the sand at Acadia National Park on the coast of Maine, very near the easternmost point of the continental United States—and a long, long way from way out West where I typically hang my hat. The exact place I trod upon and took the picture is called Sand Beach. It is the only naturally occurring sand beach on the eastern seaboard north of Virginia Beach, some 800 miles—and heaven knows how many miles of coastline—away.

Been there. Done that. Didn’t get the t-shirt.

Posted by writer Rod Miller at 5:43 AM 3 comments: