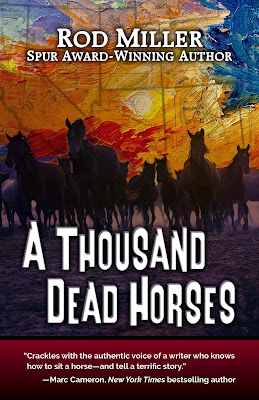 With most everything having been shut down over the past few months, Five Star, the publisher of my Western novels, has reined up the release of books, putting the whoa on them for six months. Which means they will not take the hobbles off A Thousand Dead Horses, scheduled for release this August, until February 2021.
And, of course, the other books they have from me, And the River Ran Red, All My Sins Remembered, and This Thy Brother will likewise be delayed.
Another of my publishers, Oghma Creative Media, where Saddlebag Dispatches magazine comes to life, and who will be releasing paperback, e-book, and audio editions of my earlier novels as well as an original “Rawhide Robinson” tale, and likely some other books, is also ground-tying their saddle stock while they figure out how to negotiate the trail ahead.
The coronavirus mess has likely reached us all in some way. I learned recently a man from my hometown, who I grew up with, died of it. He’s the first personal acquaintance to do so—that I know of—and I hope he will be the last.
Stay safe. And spend some of this down time in the pages of good book about the American West. It will be time well spent. 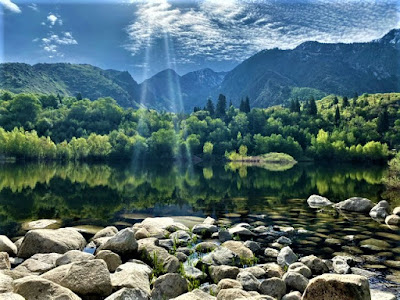 Where I’m going, Part One.

A few days ago while watching a movie I heard a snippet of “Never Been to Spain” by Three Dog Night. It was written by the late, great, Hoyt Axton and was a big hit back around 1971.
The song, as they sometimes will, got stuck in my head. And it set me to thinking about all the places I’d like to go but have yet to see.
As the song says, I’ve never been to Spain. And although I would not object to seeing Barcelona play at Camp Nou, a trip there isn’t really on my list. The fact is, most of the places I long to visit are much closer to home.
For example, there’s Death Valley.
I have visited places north, south, east, and west of there, but have never seen Death Valley. I fully intend to go there one day. Judging from photographs and reading, it’s a stark, harsh, barren place. Some people don’t appreciate such beauty, but I have come to. One can never imagine that dirt and rocks come in so many colors until you see the deserts of the American West.
And, to imagine the suffering and hardships—and the joy—experienced by the Indians, the explorers, and the travelers who visited there in days gone by is inspiring. Especially when you realize they looked upon the same scenery you see today, and it is relatively unchanged.
Death Valley, here I come.
One of these days.

Posted by writer Rod Miller at 9:26 AM 8 comments: