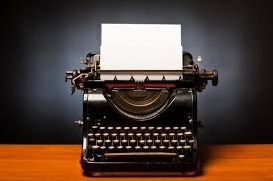 “Genre” publishing is what they often call it. The business side of the business has created all these boxes to fit books into, whether responding to reader expectations or creating them.
There’s my favorite box—Westerns. And there are mysteries, science fiction, fantasies, romances, thrillers, “chick lit,” and on and on. And each classification often includes sub-genres, such as Action Westerns, Historical Westerns, Western Romances, Western Mysteries, and Adult Westerns, for instance.
All this categorization is fine. Many readers want to know what they’re in for. The problem is, giving readers what they expect often gets carried to extremes, resulting in formulaic sameness and stagnation. Sometimes it gets downright mechanical and methodical—someone has to get kissed by page such and such, there must be a gunfight every thus-and-so many pages, there must be at least two-point-five incidents of some-such every so often, and that sort of thing. I have even heard of authors and editors creating graphs to chart expected events and adjusting the story to fit.
All well and good.
Except one would be hard pressed to find a widely recognized and highly acclaimed novel that adheres to any formula.
Lonesome Dove doesn’t conform to anyone’s expectations. Blood Meridian breaks all the rules when it comes to Western novels. Elmer Kelton traveled his own trail more often than not. I once heard him say that rather than being “six-foot-two and bullet proof” as expected in a heroic Western character, his were more likely to be “five-foot-seven and nervous.”
There are, of course, many other examples of successful novels in every genre that do not follow the formula.
So, when you have a story to tell, don’t turn it into ingredients for someone else’s recipe—tell it the way it wants to be told.

Back in the Saddle. 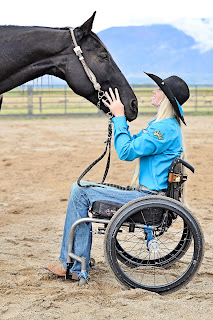 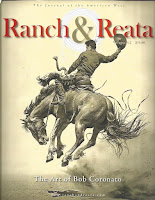 In the June-July issue of Ranch & Reata magazine ( www.RanchandReata.com ), you’ll find a feature article I wrote about Amberley Snyder. But all my words on all those pages do not capture her spirit and attitude, I think, as well as the closing lines of Charles Badger Clark’s poem “The Westerner”:

Amberley has been horseback from an early age, and winning buckles and saddles and trophies in the rodeo arena for nearly as long. A truck wreck—and the resulting paralysis—that would have sidelined most of us barely slowed Amberley down. She, and her horses, learned to ride again and she is back to her winning ways.
There’s just no holding this young woman back, and her enthusiasm for making the most of every new day is an inspiration.

( The photo of Amberley and her barrel horse Power is by Lauren Anderson: www.facebook.com/Landersonphoto )

Posted by writer Rod Miller at 7:45 AM No comments:

Me and my big mouth. 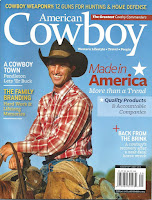 There’s no mistaking the fact that the American West faces a conundrum of quandaries, complications, obstacles, problems, predicaments, pickles, trials, troubles, hurdles, hitches, challenges, difficulties, and other such stuff.
Times might be tougher than ever before in history.
On the other hand, it could be that we hear more bad news more often because of the omnipresent communications technology we’re saddled with these days.
Whatever the case, the West—and the world—would be a better place if we would stop shouting at one another and sit down and simply talk.
That, more or less, is the premise of an opinion piece I wrote for the current issue of American Cowboy magazine. Lines from the poem “The Second Coming” by William Butler Yeats inspired the essay. “The centre cannot hold,” he wrote. And I argue it is because of these later lines from the poem: “The best lack all conviction, while the worst are full of passionate intensity.”
The August-September American Cowboy is on newsstands now and, of course, available by subscription. ( www.americancowboy.com ) If my opinion doesn’t suit you, you’ll likely find plenty else in the magazine’s pages that will. 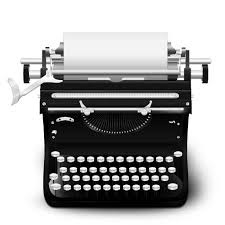 Some time ago, I said in one of these screeds that in good writing “what” you say is important, but “how” you say it is every bit as—if not more—important.
That prompted a comment from a friend, fellow writer, and former teacher that, to his way of thinking, the two are inseparable. I guess we are of different minds. Here’s an explanation. In some of the workshops I teach I use this example to demonstrate:

“In 1776, our founding fathers, desiring freedom and equality for all, created the American nation.”

That sentence is a fairly good, if simplistic, explanation of the birth of our country. It says what it needs to say and does so in a straightforward manner without a lot of foofaraw.
But, the same thought, the same idea, the same “what,” in the hands of a better writer comes out this way:

“Four score and seven years ago our fathers brought forth on this continent, a new nation, conceived in Liberty, and dedicated to the proposition that all men are created equal.”

That writer was, of course, Abraham Lincoln, opening the lid on his immortal Gettysburg Address. And while my line captured the “what” of it equally well, it will never be immortal.
All because Mr. Lincoln didn’t just say it—he paid more attention to the “how” of saying it.
(If you look hard enough, you’ll see Honest Abe circled in the 1863 photo, below, from the Gettysburg dedication ceremony.) 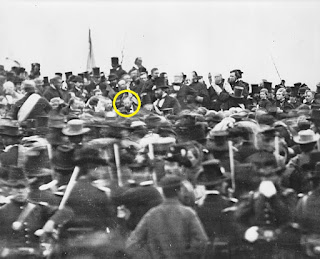 Posted by writer Rod Miller at 7:02 AM No comments: