Lies They Tell Writers, Part 49: Look for the Next Big Thing. 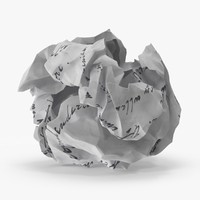 The popularity of kinds and categories of books tends to come in waves.
Time was, America was enamored with the Old West. (And why not? The story of westward expansion is the story of our country.) Nowadays, that has waned. Oh, there are still plenty of books published about the West, and there always will be. But they do not command the share of the market they once did.
For a time, Science Fiction was all the rage, and writers were tripping all over themselves to write that stuff. And Science Fiction spawned a lot of interest in Fantasy. Fantasy is still popular in all its types and kinds, but Science Fiction isn’t as prevalent as it once was.
Romance novels had their days in the sun as well, and while they continue in popularity, there are not as many as there used to be, and entire categories of romance have all but disappeared.
Mysteries have always been popular, but they wax and wane as well, along with shifts in the kinds of mysteries that are selling like hotcakes. And there are crime novels, police procedurals, private-eye novels, political thrillers, spy novels, and so on.
Agents and publishers and others sometimes encourage aspiring and even accomplished authors to climb aboard the current bandwagon; to write something in the genre that’s popular this year.
Trouble is, those writers may not be drawn to the category and, as a result, what they write is uninspired, formulaic, or just plain bad. And, by the time the book gets to market, tastes have changed, that parade has already passed, and “the next big thing” isn’t so much of a thing anymore.
The thing to do, many writing gurus will tell you—and I tend to agree—is to write the kind of book you want to write and hope for the best. It may not make you rich, but the odds aren’t that much different.
And at least you will have enjoyed the writing of it.


Posted by writer Rod Miller at 7:30 AM No comments:

For years, we have taken advantage of opportunities to attend performances by three of the best writers and singers of cowboy songs the West has produced. Ever.
Brenn Hill, Dave Stamey, and DW Groethe have long been favorites, and they become more so every time we see or hear them finger the frets and vibrate their vocal cords. We’ve heard them with various forms of accompaniment, from side men to backup bands, all the way up to an orchestra. Given enough such enhancement, most anyone (save the likes of me) can sound presentable on stage or in a recording.
But give a cowboy nothing more than a guitar and a microphone and you’ll soon hear what he’s got.
And that’s where Brenn Hill and Dave Stamey and DW Groethe stand out—standing behind a guitar and a microphone on an otherwise empty stage. While each has a different style of string bending, each is a master at making those six strings resound. There is variety in their vocals as well, but each offers a rich, strong voice with plenty of range and dynamics and all those other things singers have.
But their real mastery, I believe, is in their songwriting. From the Old West to the new, from stories from history to deeply personal musings, they set life to music in ways poets envy and audiences enjoy.
If and when you find any of these cowboys appearing anywhere in your part of the country, buy a ticket. Your ears will enjoy the experience.

Posted by writer Rod Miller at 7:34 AM No comments:

American English is a rich language. It changes and evolves, and words and usages come and go. Some clarify, improve, enhance, and enrich.
But some are just plain stupid.
They obfuscate, they complicate, they confuse. They don’t mean what they say, or say what they mean. And they shoulder aside more appropriate words.
One such word that has become ubiquitous over the past couple of decades is “awesome.”
Now, “awesome” is a fine word with a very specific meaning. It describes something that causes or induces awe; that inspires an overwhelming feeling of reverence, admiration, or fear. Its roots lie in “awe,” a condition produced by that which is grand, sublime, extremely powerful, or the like.
But we toss “awesome” around in conversation to apply to anything and everything we deem even mildly pleasant or agreeable. Stupid.
On the other hand, misuse of “awesome” has served to diminish the use of “cool” and “incredible”—two likewise useless abuses of language. And I suppose some would describe that eventuality as “awesome.”

Posted by writer Rod Miller at 7:14 AM 2 comments:

A fond, but frightened, farewell.

While researching a forthcoming novel, A Thousand Dead Horses, based on historic horse-stealing in California, I inadvertently discovered a conspiracy whose tentacles continue to affect equine commerce to this day.
The FBI and federal prosecutors discourage my revealing too much, so I will only say the criminal organizations(s) descended from the original cabal are behind numerous scandals in the Thoroughbred horse-racing community throughout the twentieth century, including the 2002 Breeders Cup betting affair, doping by Godolphin Stables, even reaching across the sea to Australia’s Fine Cotton scandal.
Illegalities are still rampant, with suspicions (based on considerable evidence) that these criminal organizations are behind (or at least involved in) the present difficulties at California’s venerable Santa Anita racetrack.
I can say nothing more without endangering ongoing investigations by the Department of Justice and the attorneys general of several states. My research, they believe, which landed me in the middle of this muddle, has put me in danger and, owing to threats received, I am inclined to believe I have been targeted.
As a result, the United States Marshal Service has enrolled me in the witness protection program. As part of leaving my past life behind, “writer Rod Miller” becomes a mere footnote in history. I appreciate each of you, my readers, and hope this nightmare ends in th