A lot of the advice you get as a writer is discouraging: Writing a book is hard work. Publishers won’t read your manuscript. Self-published books don’t sell. Bookstores won’t stock your books. Nobody reads anymore.
There’s an element of truth in all those disheartening claims.
Except the last one.
I don’t know how many times I’ve been told that nobody reads anymore. It’s usually attributed to all the other distractions competing for former readers’ time: TV, movies, music, video games, social media, and so on and so on.
But, the fact is, according to the Pew Research Center, 73% of adults in the United States read a book in the past 12 months. And that hasn’t changed much over the past five years. Most of them—65%—read a printed book, 28% read an ebook, and 14% listened to an audiobook. Not only are people reading, they’re reading (and listening to) multiple formats (which is why that adds up to 107%).
How much Americans read is also holding steady. Readers read an average of 12 books a year, with the “typical” reader getting through four books. Obviously, readers like me are pushing up the average—in the past year I’ve read somewhere around 60 or 70 books.
There’s no doubt people are still reading.
I only wish they were reading my books. 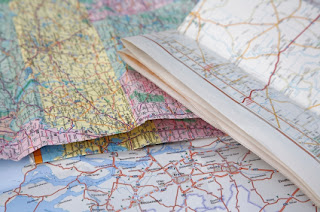 If I were to wake up tomorrow and discover I had become wealthy overnight there’s not much I would change about my life.
Except one thing. I would travel. A lot.
There are many, many places around the American West I have yet to see but would like to. There are Civil War sites in the Southeast. Things in New England I’ve missed out on. I’d like to go back to England sometime, and Australia beckons, but other than that I would be content to stay within the States—mostly those Out West—save an occasional foray into Canada and Mexico in pursuit of history.
Most of my travel would be behind the wheel of a car. I like road trips. My wife tolerates them. She has what she calls “carcolepsy”—a condition that puts her to sleep when a car exceeds 40 miles an hour. She doesn’t think she misses much. Me, I like most everything I see through the windshield.
Way back when, there was a short-lived television show I liked called Then Came Bronson. It starred actor, songwriter, and singer Michael Parks as he rode around at random on a motorcycle. I still hear the theme song he wrote for the show in my head. The first two lines, in particular:

Posted by writer Rod Miller at 8:17 AM 4 comments: 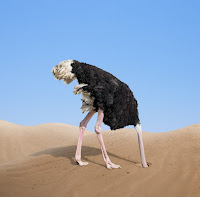 History is a messy subject. It’s never as simple as it ought to be. We tend to view history in black and white terms—good guys and bad guys, winners and losers, virtue and evil, right and wrong.
That’s particularly true when it comes to the history of something or someone near and dear to our hearts—our country, our people, our families. And it doesn’t stop there. This simplistic view of history devolves to the point that all semblance of actual knowledge gives way to belief, even wishful thinking.
And intellectual laziness. I read somewhere that instead of attempting to know what happened (which is no simple task), we cling to what we think happened, even what we wish had happened (which is much easier).
I once heard a radio interview with British actor Hugh Laurie. (House, Stuart Little, Jeeves and Wooster, Black Adder.) I remember only one thing he said, and it’s something I will never forget: “We must be humble in the face of facts.”
That bit of wisdom certainly applies to history. The facts of history—such as they are—are often uncomfortable. They sometimes contradict what we think (or wish or hope) happened. We squirm. We sweat. We tie ourselves in emotional knots. Our hearts and minds rebel.  But, eventually, we must come to terms with a revised reality.
Facts, in fact, can change our entire way of thinking—as they should, like it or not, if we follow Hugh Laurie’s advice.
What happened back when happened. We ought to know the facts of the matter as much as we can, with the knowledge that more facts may come to light and alter our understanding.
But that’s what humility is all about when it comes to history—basing the knowledge we have on facts rather than beliefs, and knowing that what we don’t know always outweighs what we do.

Posted by writer Rod Miller at 4:28 AM 8 comments: