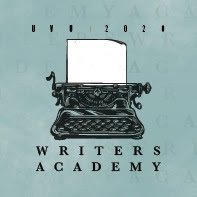 The title for this entry is stolen. It’s the theme from the 2020 Utah Valley University Writers Academy. Since I am among the workshop presenters, I will not be indicted for the theft.
Owing to the coronavirus, covid-19, the worldwide pandemic, social distancing, and other related considerations, UVU opted to put this year’s conference online. So, what was scheduled to take place October 9 and 10 will, instead, be spread from October 9 through November 6, with a selection of (mostly) Thursday evening online workshops along with other events on other days. You’ll find more information on the UVU Writers Academy web site, and you can register online. And there’s this, #UVUWriters2020, if you know what it’s for. I don’t.
If you write, want to write, hope to write, or wish to write, you’ll find the UVU Writers Academy helpful. Register, and you can access the online workshops and presentations live, and the sessions will be recorded for viewing or reviewing afterwards.
My contribution to the event, “How to Build a Book without a Blueprint,” is scheduled for November 5 at 6:00 pm. By then, I hope to have figured out how to pull it off.
I’ll send a reminder. See you (sort of) there.

“Genesis” is a long short story—82 pages—tucked into the middle of Wallace Stegner’s Wolf Willow. The tale’s main character is Lionel “Rusty” Cullen, a 19-year-old Englishman who migrated to cattle country in Saskatchewan, intrigued by the romance of the Old West and in search of adventure. It didn’t take him long to realize his notions of cowboy life were misguided:

Already, within a day, Rusty felt how circumstances had hardened, how what had been an adventure revealed itself as a job.

Rusty also realizes he is but a pilgrim, least among the nine cowboys who ride out on a late fall roundup to bring in calves for winter feeding. Still, he is determined, even eager, to give it his best, to prove himself a man among men.
As with many Westerns, landscape and weather are also characters in the story. The roundup is interrupted repeatedly by early blizzards that scatter the cattle time and again. The storms become so violent and the cold so brutal the men are forced to abandon the herd, even the remuda, to race across the plains at a snail’s pace, trying to outrun death itself.
Romantic notions, if any still exist at this point, are further disabused by the awareness that these men, and others like them throughout the West’s cattle country, put their lives at peril:

For owners off in Aberdeen or Toronto or Calgary or Butte who would never come out themselves and risk what they demanded of any cowboy for twenty dollars a month and found.

As much as I like “Genesis” for what it includes—a realistic look at cowboy life and work, albeit in extreme circumstances—I like it for what it does not include. There’s not a single gunfight. No Hollywood walk-down quick-draw contest, no snarling packs of bad guys shooting up the streets and back alleys and saloons of a wooden town. There’s no damsel in distress—unless you count mother cows and heifer calves. No splendid super steeds racing at top speed across page after page with nary a stop for a blow, a sip of water, a mouthful of grass. And there are no six-foot-tall bulletproof heroes with broad shoulders, narrow hips, and a steely gaze.
That’s not to say there’s no courage, bravery, or heroics in “Genesis.” But it’s realistic valor, not the over-the-top imaginary superhero stuff so common in Western stories. Stegner sums it up best when, near the end of the tale, he says this about Rusty:

It was probably a step in the making of a cowhand when he learned that what would pass for heroics in a softer world was only chores around here.

Long, long ago, back in the 1970s, there was a popular television show titled The Six Million Dollar Man. The idea was that a test pilot crashed and wrecked his body, but surgeons and scientists fixed him up by adding a lot of wires and circuits and stuff to make him half-man, half-robot with extraordinary mental and physical powers. Every week, during the show’s introduction, as we’d watch a montage of doctors at work and futuristic computer renderings and such, a weighty voice would say, among other things, “Gentlemen, we can rebuild him. We have the technology.”
It’s only a guess on my part, but I think today the voice would say, “Gentlemen, we can rebuild him. We have the technologies.”
I don’t know why. Technology is a collective of sorts, and works perfectly well in the singular form for any purpose. But nowadays, you hear it with an “ies” stuck on the end more often than not.
One of my dictionaries defines technology as “The branch of knowledge that deals with the creation and use of technical means,” and “a scientific or industrial process, invention, method, or the like.” I added all those italics to emphasize the singular nature of the idea.
Wikipedia says, “The suffix ology is commonly used in the English language to denote a field of study.” As a field (not fields), technology does not require a plural. Technologies is as useless as biologies, meteorologies, sociologies, geologies, physiologies, and other such unheard-of things.
Don’t ask me why I cringe when I hear “technologies.” Perhaps a therapist would blame it on my deranged psychologies.

Posted by writer Rod Miller at 1:26 PM No comments: