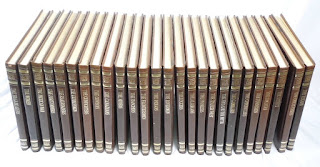 When my wife and I married lo these many years ago, included in the union was her full set of the Time-Life series The Old West.
Now, many historians pooh-pooh the books, and there are some inaccuracies and exclusions and such. But when it comes to an overview of pretty much every aspect of the history of the American West, with volumes covering most major topics, the series is hard to beat. Over the years (and even now) I have spent many an hour both browsing the books at random and researching a particular subject. While the series may not be a good place to end your research, they represent a fine place to start.
Included are works on cowboys, Indians, pioneers, ranchers, frontiersmen, Forty-Niners, Texans, trailblazers, gunfighters, Spaniards, and so on—more than twenty-five volumes in all, including a one-volume index that covers the whole set.
The Old West isn’t the best thing my wife brought to our marriage, but it’s certainly one I’ve enjoyed—enough to be included among my favorite books.

Posted by writer Rod Miller at 8:42 AM 4 comments:

Lies They Tell Writers, Part 33: The “Western” is dead.

Ever since I started paying attention to books and such from a writer’s perspective, as well as a reader’s, I have heard over and over again that the Western is dead.
This point of view, I think, results from the dominance of Westerns for decades, not only in books but in magazines, television series, and feature films. During the early to middle years of the twentieth century, Westerns—mostly of the shoot-’em-up variety—were everywhere you looked, and the genre dominated entertainment like no other has since.
Folks who remember those days decry the lack of Westerns nowadays and mourn the relative dearth with predictions and forecasts of doom and gloom about the future (or lack thereof) of entertainment based in the American West.
Don’t you believe it.
While it is true that Westerns don’t dominate the market like they once did, and the popularity of Western stories in the traditional style has waned somewhat, there is still plenty of writing about the West out there.
One element that keeps the Western alive and thriving is a more expansive—and realistic—view of the West among writers, publishers, and producers. And readers. Female characters have emerged into more prominent roles. Beyond horseback good guys vs. bad guy plots are stories about towns, trails, trade, and more.
And the modern-day West has become the setting for stories that rely on the unique aspects of the region.
Then there’s the fact that nonfiction about the West—both historical and contemporary—enjoys widespread popularity.
Another factor is the spread of Westerns into other genres. You’ll find more and more mysteries, thrillers, romances, even science fiction set in the West.
All in all, things look pretty good Out West, whether you’re a writer or reader who enjoys the landscapes, climates, economies, cultures, and history that make our region the defining facet of our country.

Posted by writer Rod Miller at 6:00 AM 5 comments: 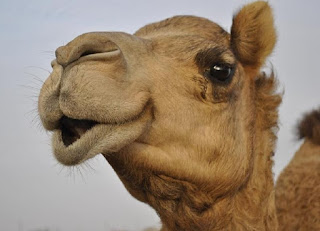 Rawhide Robinson—that ordinary cowboy who often finds himself involved in the extraordinary—has been good to me.
In his first appearance, Rawhide Robinson Rides the Range: True Adventures of Bravery and Daring in the Wild West, he won a Western Writers of America Spur Award. For his second novel, Rawhide Robinson Rides the Tabby Trail: The True Tale of a Wild West CATastrophe, he was a Spur Award Finalist and won a Western Fictioneers Peacemaker Award.
I’m happy to announce that our cowboy hero will be back. I recently received signed contracts from Five Star Publishing for Rawhide Robinson Rides a Dromedary: The True Tale of a Wild West Camel Caballero.
As you no doubt discern from the title, the adventure that’s the basis for this book has to do with camels. It was inspired by and is loosely—very loosely—based on the US Army’s attempt to acquire and employ camels in the southwestern deserts back in the nineteenth century.
In its pages, Rawhide Robinson finds himself sailing the high seas, experiencing exotic Levantine ports of call, and forking a camel in the Texas outback. Of course Rawhide Robinson wouldn’t be Rawhide Robinson if he didn’t spend time around the campfire spinning tales about his supposed adventures and escapades.
No release date as yet. I’ll keep you informed.