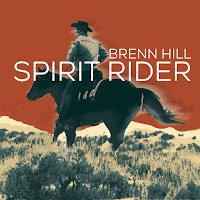 Brenn Hill is one of my favorite songwriters. And singers. He has written a stack of albums filled with songs that capture the soul and spirit and stink and sweat of the American West. To my way of thinking, several of his songs are destined to become classics, played and sung and remembered for decades to come.
His latest album, Spirit Rider, is a bit of a departure from what Brenn usually offers. When I say he rides the “high line” with this album, I mean to say he gives us a glimpse of horseback heaven, which is as high a line as there is. The songs on Spirit Rider—some written by Brenn, some traditional hymns—remind us of the importance of faith, hope, and charity in our world and our lives. All done The Cowboy Way.
Spirit Rider (read more about it here: www.BrennHill.com) was a long time coming. Years in the making, as they say. And there’s a very good, very real reason Brenn set out on this particular ride up this particular trail. You can read about it in a story I wrote for the latest issue of Ranch & Reata magazine, which is filled with a lot of other interesting and informative and entertaining articles about life in the West. 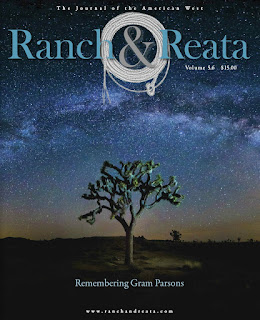 Posted by writer Rod Miller at 7:59 AM 2 comments:

Rawhide Robinson feels the prod of a Spur rowel. 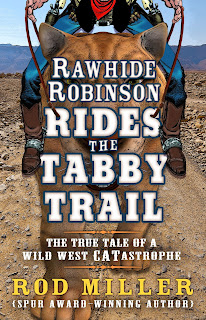 My latest novel, Rawhide Robinson Rides the Tabby Trail: The True Tale of a Wild West CATastrophe, is a rollicking story of an ordinary cowboy who finds himself in extraordinary situations. This time, he sets out to relieve a rat infestation in the mining boomtown of Tombstone by driving a herd of cats there. On top of the adventures the drovers meet along the way, Rawhide Robinson regales the cowboy crew around the campfire with more of his over-the-top tall-tale escapades.
Young adults and adults who have never quite grown up all the way will enjoy the humor and excitement in the stories. 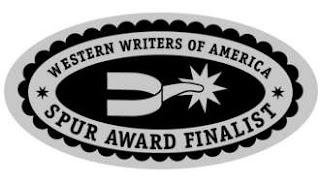 It seems the judges in the Western Writers of America Spur Awards enjoyed the book, as they selected it as a Finalist for Best Western Juvenile Novel. I’m looking forward to the award ceremony at the WWA convention in June in Cheyenne, Wyoming.
My earlier Rawhide Robinson novel, Rawhide Robinson Rides the Range: True Adventures of Bravery and Daring in the Wild West, won the 2015 Spur Award.
Not a bad showing for an ordinary cowboy. 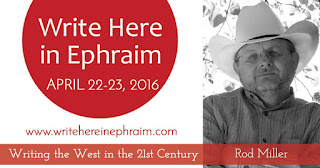 Reminder: I will be talking about Western writing at the Write Here in Ephraim writers conference. C’mon down and join the fun.

In Alice’s Adventures in Wonderland by Lewis Carroll, the King tells the White Rabbit, “Begin at the beginning and go on till you come to the end: then stop.”
The vast majority of writers and storytellers before and since have followed that advice. Sometimes—maybe most of the time—it makes sense to follow a strict linear progression and tell a story chronologically.
But not always.
Sometimes, it’s more fun for a writer—and more engaging for the reader—to mix things up a bit. There are lots of ways to do it. Simple things, like a prologue or epilogue. A flashback, or flash forward. An interruption by a letter or document or artifact or other insertion from another time or place. Those are fairly easy for the reader to handle, and can add interest to a written work.
There are, however, more inventive ways to violate chronology.
The Meadow by James Galvin is one of my all-time favorite books, and I’ve read it over and over again. The book covers a century, but its passages—like short chapters—are arranged at random, so you read about something that happened a week ago, turn the page and read something from eighty years ago, turn the page and read about something that happened twenty years ago. And so on, throughout the book. The technique, in Galvin’s skilled hands, is riveting. William Faulkner also rearranges time to great effect.
On a more banal level, I once wrote a short story in which present-day events that unfold chronologically are interlaced with a story from the past that unfolds in reverse—it begins with the end and ends with the beginning. It was a Finalist for a Western Writers of America Spur Award.
I’ve tried other ways of playing with time with varying degrees of success. I think such techniques, if well done, invite the reader to participate and become part of the story. What could be more fun?
The point is, chronology is fine—but you don’t have to be restricted by the clock or the calendar. 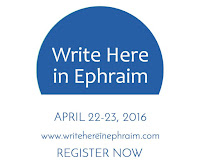 Posted by writer Rod Miller at 8:17 AM No comments: 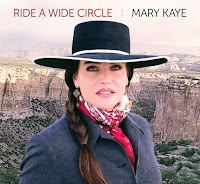 Some time ago I wrote about singer-songwriter Mary Kaye’s latest album, Ride a Wide Circle. Although I am seldom at a loss for words when my fingers touch a keyboard, it was difficult to sing the praises for that album effectively.
The judges for the National Cowboy and Western Heritage Museum’s Western Heritage Awards liked it too—they named the album’s title song winner of the Wrangler Award for music for Original Western Composition. And it’s no wonder. Say these few lines from the song and you’ll hear echoes of the beauty of her language:

Hats off to Mary Kaye for another in a long line of awards recognizing her extraordinary abilities as a singer and, more important to my way of thinking, a songwriter. Visit her website and rope in a copy of Ride a Wide Circle.

Posted by writer Rod Miller at 7:13 AM No comments: