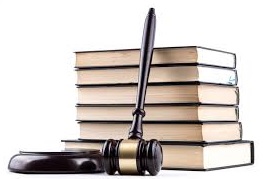 Literature is art. And art is, to some degree, subjective. What’s good and what isn’t is very much a matter of taste.
That’s why I am always surprised when asked to judge a writing contest. To think someone, somewhere, thinks my literary palate is refined enough to pass judgment on a passel of poems or collection of fiction always astonishes me.
But they ask. I’ve been asked over the years by organizations as various as a cowboy cultural society from Canada, the outfit that runs the National Finals Rodeo, statewide writers’ groups from at least three states and a double handful of smaller groups from various localities, an international society of professional writers, and more than a few poetry performance competitions. What’s more surprising is that many of them ask me back.
It isn’t always easy trying to be objective about something so subjective. But there are certain standards that ought to apply—basic things like spelling, syntax, structure, grammar, form, composition, communication, and such. Poorly proofed and edited works are easily discarded.
After that, it can get tough. A story that grabs and won’t let go. Clever use of language. Word choice. Originality. Rhythm. Pace. Use of literary technique. And on and on, into demonstrations of skill that are hard to define—but you know them when you read them. It’s a pleasure to reward creativity, skill, effort, and accomplishment.
And while it is never pleasant to quickly cast aside an entry that doesn’t measure up—sometimes mere pages past the cover—you do what you have to do. As my friend Dusty Richards says, which he says the late, great Elmer Kelton said: “You don’t have to drink a whole bottle of whiskey to know it’s bad.” 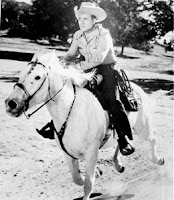 While growing up in the ’50s and ’60s, we watched a lot of Westerns on television at my house. Dad, who was an inspired horseman and worked as a cowboy as often as not, got a kick out of them. He more or less saw them as comedies.
The stereotypical characters and guns that never needed reloading and repetitive stories were part of that. But, mostly, it was the horses. While he never said so, he probably believed the casting directors who hired equines must have specified that only two-gaited horses need apply.
A brief explanation: where we come from out West, horses travel with four basic gaits—walk, trot, lope, and run. (Elsewhere, lope and run are often referred to as canter and gallop.)
But if you believed what you saw on the screen, horses have only two gaits: walk and run. Sometimes, a “cowboy” (which, on television, included all kinds of characters who wouldn’t know which end of the cow gets up first) would mount up in town and walk his horse down the street (about the only time TV horses were seen to walk). But more often, he would swing into the saddle and lay the spurs to his horse and race off down the street at a dead run raising a cloud of dust. And he would run his horse nonstop along wagon roads, up mountain trails, across wide deserts, through streams, and everywhere else he went until reining up in a sliding stop at his destination.
It’s likely that horses with stars in their eyes back then rehearsed the walk only briefly and ignored the trot and lope altogether, concentrating on the endless run in order to secure a part in a television horse opera. Real horses, if they watched their on-screen counterparts, probably grinned at their high-speed antics like Dad did.
The lengthy horseback sequences in the Coen brothers’ version of True Grit are among many reasons I admire that movie. Endless plodding (at a walk) across the landscape might seem tedious for some to watch. But it doesn’t hurt to give viewers a taste of the monotony that traveling horseback can be.
Of course, folks who know horses know you can (and do) trot or lope at times to change things up a bit—you just won’t see it happen on TV.

Posted by writer Rod Miller at 10:11 AM No comments:

I lied in the title.
No one knowledgeable, to my knowledge, tells writers to ignore the essentials—small stuff—like spelling and grammar and basic facts in manuscripts and books.
But as often as those things are ignored nowadays, you’d think it was part of the curriculum somewhere. Time was, it was so difficult to find a spelling error in a published book that it was noteworthy.
No longer.
With the advent of do-it-yourself self-publishing, the proliferation of small presses who can’t afford copy editors and proofreaders, and even the staff cutbacks at major publishers, errors of the simplest kind now slip through regularly.
As I write this I am in the middle of a novel I was asked to review, and on several occasions the author has called those leather straps you use to control a horse “reigns.” It’s a homonym, sure, but it’s such a ridiculous error there’s no excuse for it. Likewise his saying a just-planted wheat field had been “sewn.” That one had me in stitches.
Then there are incorrect facts, if such an oxymoron exists. Some time back I read a novel by an author who has written many, many paperback Westerns for major publishers. And yet he continually referred to the “traces” on a harnessed team as if they were the lines (or reins, if you’d rather, but lines is the more common term). “Traces” are something else altogether on a harness, and he ought to know the difference—or not use the word if he doesn’t.
We all make mistakes. But there are mistakes, and there are mistakes.
Sometimes writing instructors will tell you to blow by that simple stuff in the initial draft in order to get the story down. But that is with the expectation that you’ll go back and fix it. Unfortunately, too many authors—and publishers—don’t fix it.
And that shows a lack of respect for readers. Of all things, a writer ought to be literate.