With the Major League Soccer season wrapping up, Major League Baseball wound up, the NBA ramping up, and the NFL in full swing, sports broadcasting is everywhere. Outside of soccer and rodeo, I am not that big a sports fan. But you can’t escape the stuff.
Sports are, and always have been, a hotbed of buzz words, clichés, and meaningless commentary. So, in a sense, picking on them for that sort of thing isn’t fair.
Then again, stupid words are stupid words, and deserve to be made sport of.
There are two particular stupid words (one of them is actually two words, but some of the people enamored with them are writing them as one word now) that are particularly annoying.
First of all, when was the last time you heard a sports organization referred to as a team? Not lately, would be my guess. Now, it’s a “franchise.” Not that sports teams bear any resemblance to the actual meaning of “franchise.” But, “franchise” has two syllables, whereas team has but one. Plus, it sounds highfalutin and important to the people who say it. They probably pat themselves on the back for their facility with language every time it comes out of their mouths (or keyboards).
Then, there are fans. No team has fans anymore. Now, always, it is a “fan base.” Again, it is meaningless as used. True, a team may have a base of loyal, through thick-and thin, season-ticket-holding fans. But, now, everyone with even a casual interest is part of a “fan base” it seems.
Stupid.

Posted by writer Rod Miller at 6:38 AM 9 comments:

A look into the future. 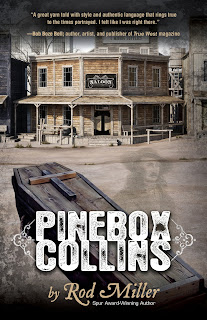 Five Star, publisher of several of my books, just sent the cover design for my forthcoming novel, Pinebox Collins.
It’s about a one-legged itinerant undertaker in the Old West.
From the battlefields of the Civil War, Jonathon “Pinebox” Collins wanders the West seeking his place in the world. Cow towns, mining towns, boomtowns, small towns, growing cities—he tries them all.
Along the way, he witnesses what, where, and how the West changes America and the world. And he sees who makes it happen, crossing paths with pivotal people of the times. Among them, “Wild Bill” Hickok, whose trail repeatedly intersects with Pinebox’s.
Pinebox Collins offers a unique view of the Old West, through the eyes of a man who looks death in the eye every day.
The book is due for release in March 2020. Put it on your “to-do” list.

Posted by writer Rod Miller at 6:51 AM 2 comments:

1. It is my homeland. I was born and raised in the West. After leaving my small Western hometown for good after graduating from college, I have lived in half a dozen or so other places. But all of them are Western places, either on one edge or the other of the Great Basin, or on the Snake River Plain. Raised among sagebrush and cedar trees (western juniper, if you’re a botanist), my eyes are accustomed to far horizons and wide skies. And while I enjoy visiting forested places and the confinement of wall-to-wall green-tinted shade, it is direct sunlight and hard-edged shadows that tell me I am at home.

2. The story of the West is the story of America and the American people. For centuries, the stories of the West were told by the many tribes and bands of Indians who were, and are, here. Later, the story took on a Spanish accent with the arrival of Spanish and Mexican colonizers. French inflections arrived with the trappers. And, since Europeans arrived on the east coast of the continent, there has been a yearning to go west, and west they came. The resulting clashes and collaborations that continue yet today created a place unlike any other on earth.

Whether it is writing history, fiction, poetry, or reporting the stories and lives of modern-day Westerners, there are stories to be told about the American West—and those stories will never run out. And, I believe, those stories can and will say more about the world than any other stories can tell. 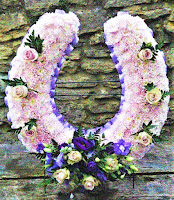 No one becomes a writer alone. Although it is a solitary pursuit, the pursuit of writing requires saddle pals to blaze the trail, to lead the way, to lend a hand.
There have been many writers I consider saddle pals who have ridden off into that sunset of the great beyond. In one way or another, in ways large and small, they have helped me in my attempts to be a writer. And I will never forget that. Or them.
Here are the names of some of those saddle pals. Some you may recognize, some not. But all are heroes in their own way—at least to me, and, I suspect, many others.
·         Dale Walker—historian, writer, and editor extraordinaire
·         Elmer Kelton—gentleman and all-time great Western writer
·         Dusty Richards—made a career of helping other writers find a career
·         Frank Roderus—ever encouraging, ever helpful, ever informative
·         Don Kennington—kind and considerate, talented beyond measure
·         Pat Richardson—rollicking rhymester steeped in wry humor
Even though they are gone, for me they will never go away.