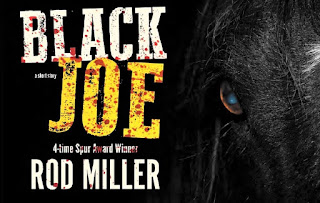 Western Fictioneers is a professional organization of authors formed in 2010 to “to preserve, honor, and promote traditional Western writing in the 21st century.” To that end, each year they bestow Peacemaker Awards—named for Samuel Colt’s famous pistol—to honor the best in Western writing.

The 2021 Peacemaker Award winners were announced recently, and I am tickled pink to pass along news that my story “Black Joe” took the prize for Best Western Short Fiction. “Black Joe” was published in the Winter 2019/2020 issue of Saddlebag Dispatches magazine.

The story was inspired by a song of the same name from Brenn Hill’s album Rocky Mountain Drifter (which also includes the song built from my poem “And the River Ran Red”). Brenn’s “Black Joe” song was inspired by a violent encounter with a mustang stud as told to Brenn by his compadre Andy Nelson, a standout cowboy poet, performer, humorist, and author. Andy got the story from his father, Jim Nelson. There’s a lot of literary license involved in my telling, but there is no doubt about the seed from which the story sprouted.

“Black Joe” is a fine short story—if I do say so myself—but the credit goes to those mentioned above. All I did was type. 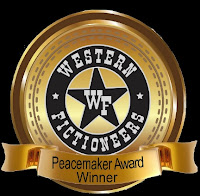 Posted by writer Rod Miller at 9:24 AM