Lies They Tell Writers, Part 13: Self-published books are just as good as the other kind. 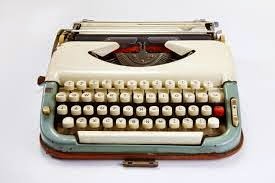 Let’s get this part out of the way first thing: I have read many, many “traditionally” published books that are nothing short of awful. And I have read many, many self-published books that are nothing short of wonderful.
In other words, there’s no guarantee of what you’re getting either way.
But, lacking any other information about a particular book or author, the odds are in the reader’s favor with a traditionally published book.
I say that at the risk of offending many writers of my acquaintance, but I’m not making it up. It’s based on years of experience reading more books than is healthy. Most of those books were not of my choosing. They were mine to read and review for a variety of magazines, or mine to read and evaluate as a judge in a variety of awards competitions.
In those assignments I read a few self-published books that were outstanding. And I read many that were well worth the time. But I also read a lot—a whole lot—that were terrible by any measure. Typographical errors. Poor punctuation. Bad grammar. Inept spelling. Incompetent attempts at dialect. Dialogue the like of which you’ve never heard. Unbelievable incidents. Plots twisted beyond the breaking point. Cardboard characters. Stereotypical situations. Ignorance about culture, times, places, people, animals, equipment….
And, again, typographical errors, poor punctuation, bad grammar, inept spelling.
Finally, let me emphasize the fact that many self-published books are marvelous. And there are many terrible traditionally published books.
But if you’re a writer, there just might be a reason traditional publishers aren’t interested in your book.
And if you’re a reader, buying a book is like placing a bet—so unless you’re willing to lose your money, it just might be best to play the odds.