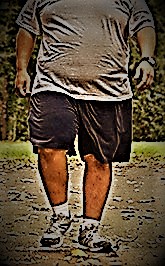 Posted by writer Rod Miller at 7:22 AM 6 comments: 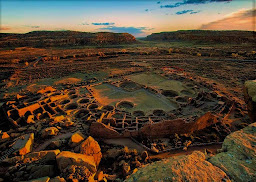 As is the case with many places I want to go, I have almost been to Chaco Canyon in New Mexico.
We have driven Highway 550 through northern New Mexico, which passes to the east of Chaco Canyon. Likewise, we have been to Shiprock and other points to the north. And we have been (and will go again) to Canyon de Chelly, which lies to the west, in Arizona.
But, despite wanting to, the time has never been right to venture out into the New Mexico desert to visit one of the most remarkable places anywhere. Over a period of some 150 years or more, Ancestral Puebloans built up numerous complex structures from sandstone blocks and timber. Some of the buildings contained hundreds of rooms, and were not equaled in size or scale on this continent for centuries. Many of the structures in Chaco Canyon were built in alignment with solstices and equinoxes and other orientations of the sun and moon, as well as with distant landmarks.
Historians and archaeologists believe lengthy drought and, perhaps, warfare, led to the abandonment of Chaco Canyon. But no matter why they left, the people of Chaco Canyon left behind a place like no other.
I would love to see it.
And I will.

Posted by writer Rod Miller at 7:49 AM 8 comments: 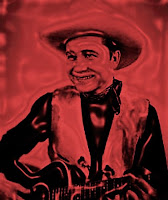 A long time ago, when I was going to college and for a while afterward, I worked at a radio station. I was the morning disc jockey and I played country music.

“Pop” country was all the rage at the time, so I spun a lot of songs by singers like Olivia Newton-John, Charlie Rich, Donna Fargo, John Denver, and so on. But I also played a lot of what we called “pure” country, as well as oldies. Now and then, I would slip in an old cowboy song.

Hang on for a little explanation for the younger set.

Most of the music we played was on “records” called “singles”; vinyl discs that were about seven inches across with a big hole in the middle, with one song on each side, that played on a turntable at 45 revolutions per minute. Sometimes we would play album cuts, from discs that were about twelve inches across, with a little hole in the middle, containing several songs, that played at 33 revolutions per minute.

You can imagine the bizarre sound if you played a record at the wrong speed, say a 45 rpm record at 33 rpm, which could and did happen on occasion.

Back to the story.

Sometimes, just for fun, I would play an old Tex Ritter song titled “Blood in the Saddle.” I liked playing it because, inevitably, someone—or several someones—would call the idiot at the radio station and tell him he was playing the record at the wrong speed.

If you’re not familiar with Tex Ritter’s “Blood in the Saddle” give it a listen (the link will take you to it).

And, no, it is not playing at the wrong speed. Not then. Not now.

Posted by writer Rod Miller at 7:36 AM 2 comments:

No, my calendar is not out of whack. Today, July 2, is the day in 1776 the Continental Congress declared independence from Great Britain. John Adams, a leader of the revolution who would become the second president of the new nation, said this in a letter to his wife, Abigail:

The Second Day of July 1776, will be the most memorable Epocha, in the History of America. I am apt to believe that it will be celebrated, by succeeding generations, as the great anniversary Festival. It ought to be commemorated, as the Day of Deliverance by solemn Acts of Devotion to God Almighty. It ought to be solemnized with Pomp and Parade, with Shews, Games, Sports, Guns, Bells, Bonfires and Illuminations from one End of this Continent to the other from this Time forward forever more.

But, alas, despite Adams’s prediction, the official celebration is on July 4, the day the congress ratified the language of the Declaration of Independence. They did not get around to signing it until August 2, so an argument can be made that we should be popping off fireworks and holding parades on that day.
Me, I’m sticking with July 2 and am flying the flag today.

Posted by writer Rod Miller at 8:31 AM 2 comments: 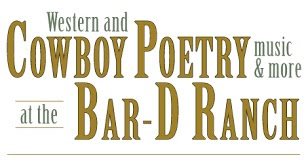 Twenty years ago and then some, CowboyPoetry.com showed up online. Established under a veil of mystery, the site started out sort of campy. But the brains behind it soon learned that cowboy poetry, even the funny kind, is a serious art.
The brains behind it turned out to belong to the remarkable Margo Metegrano, who rode herd on the site, driving it to grow and develop into an institution. It became the world’s largest archive of cowboy poetry, both contemporary and classic. It promoted and reported on cowboy poetry events across the country. It featured relevant essays and commentary. And it spun off a blog and a Facebook page.
It established Cowboy Poetry Week, and saw it ratified in the US Congress and by the governors of several states. It formed the Center for Western and Cowboy Poetry, which, among other things, produced a series of annual CDs featuring thematic collections of poems recited by folks from across the country, and distributed them to libraries everywhere.
It was all a labor of love for Margo, who worked tirelessly to promote an art she had grown to love, becoming, perhaps, the most important and influential person in the cowboy poetry community—all the while content to stay in the shadows, all but invisible, save to the poets who came to know, love, appreciate, and respect her.
Tireless finally turned to just plain tired, and Margo recently decided to hang it up. No one can, should, or does blame her. She deserves the rest. She earned it.
But that doesn’t mean the cowboy poetry community isn’t mourning the passing. And its unlikely we will soon recover, for there will never, ever again, be anything quite like CowboyPoetry.com. 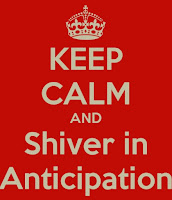 Having something to look forward to makes life more interesting. At least I have always thought so. It can be something big or small, important or trivial, consequential or just for fun. But having something, anything, on the horizon helps spur us on in the direction of life.
At this writing, I have three new books on the shelf next to my bed that I cannot wait to get to. As soon as I finish the book I am enjoying now, I will open one of them—and I cannot decide which will come first. The books bear little resemblance to one another, but each is written by a writer I admire.
There’s The King of Taos by Max Evans. If it’s anywhere near as good as his Hi-Lo Country or The Rounders, it will be well worth the wait. I once had the privilege of having lunch with Ol’ Max Evans and a few other writers. He said something I will never forget; in fact, I used the line as the basis for a poem. He was telling us a story—something, he said, that happened a long time ago. He paused, then said, “Hell, when you get to be my age, everything was a long time ago.”
My friend Marc Cameron has a new novel, Stone Cross, featuring Arliss Cutter, a Deputy US Marshal stationed in Alaska—an assignment Marc knows all about, and his Arliss Cutter novels demonstrate that. Marc also knows about writing, and his political espionage thrillers featuring Jericho Quinn can keep you up nights.
Finally (for now), I have a new collection of short stories by Wendell Berry, Stand By Me. I have read many, probably most, of the stories elsewhere, but Berry is such a remarkable writer I can’t wait to read them again.
But I will have to wait.
I will wait shivering with anticipation.

Posted by writer Rod Miller at 10:41 AM No comments:

For some reason I have never been able to discern, certain words and phrases spread like viruses and, seemingly overnight, become buzzwords, banalities, clichés, trite, and hackneyed.
As so much of our discussion of late has turned to the spread of another kind of virus and the associated illness, there are a couple of phrases that are so overused they are making me sick.
“New normal.”
Was there an “old normal”? Is there even a “normal”? We live—as has humankind as far back as history can teach us—a fluid, ever-changing existence, where expectations are seldom realized and the unexpected is ever-present. “Normal,” whether new, old, or otherwise, seems meaningless in any concrete way. Now, perhaps, more than ever.
Then there’s “game changer.” What started out as a sports cliché is now used to describe almost anything that might affect something. Or everything. The “things” involved don’t seem to matter. Nor does it matter that there is no game involved. If “game changer” was ever an apt metaphor, it has long since lost its power.
Why not just say or write what you mean? Why not describe the behavior or activities that are changing, rather than tossing out meaningless twaddle like “new normal”? Why not explain the effect something will have rather than just calling it a “game changer” and leaving it at that?
The answer is simple. Tossing around clichés is easier than thinking. The inability to think clearly, then speak or write clearly, seems to be the new normal. And that could be a game changer.